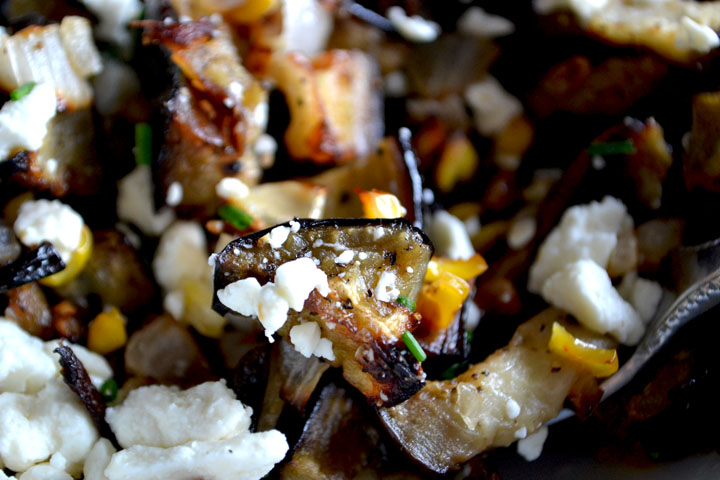 I sometimes wonder if there's a person out there in the world whose favorite vegetable is eggplant.  More often than any other vegetable, I hear folks say they don't like eggplant.  I don't share the same aversion although I wouldn't say that I absolutely LOVE it.  It's good, same as peas I suppose, but certainly not one of my favorites.  Anyone who's spent any time around this blog knows that if there's a vegetable I'm iffy on, I try roasting it... and more times than not, a little olive oil, salt and pepper can take something from blah to fabulous in just about 40 minutes at 375 degrees!

That's how this recipe came about... and the corn?  Well, call me lazy but I didn't want to dirty up saucepan when I could just throw the two ears worth I had in with the eggplant and onion that were already going in the oven.

My laziness actually ended up paying off.  The sweetness of the corn really helped to jazz up the eggplant and the feta added a nice soft creamy layer to it. Topped off with some toasted pecans...absolutely delicious!  If you don't have pecans, pine nuts or walnuts would also be just as good!

Preheat oven to 375 degrees on Convection Roast setting, or bake at 375 if your oven does not have that feature. 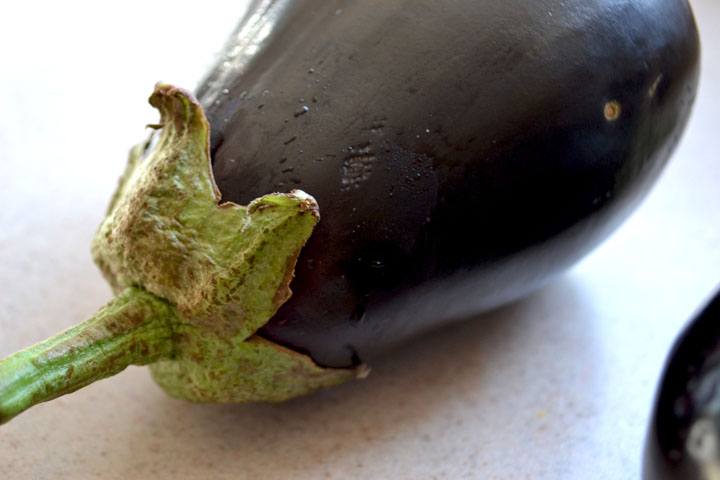 Slice and chop eggplant into large chunks, and discard the stem. 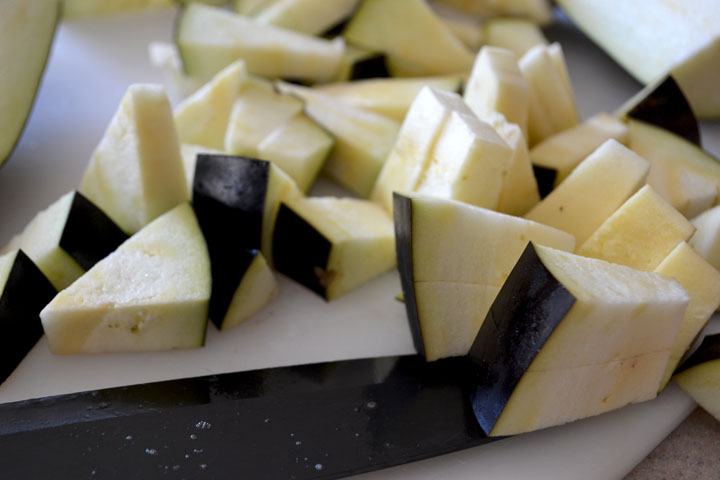 Add eggplant, corn and onion to a large ziplocking bag and drizzle in olive oil.  Seal the bag and toss the vegetables to evenly distribute the oil. 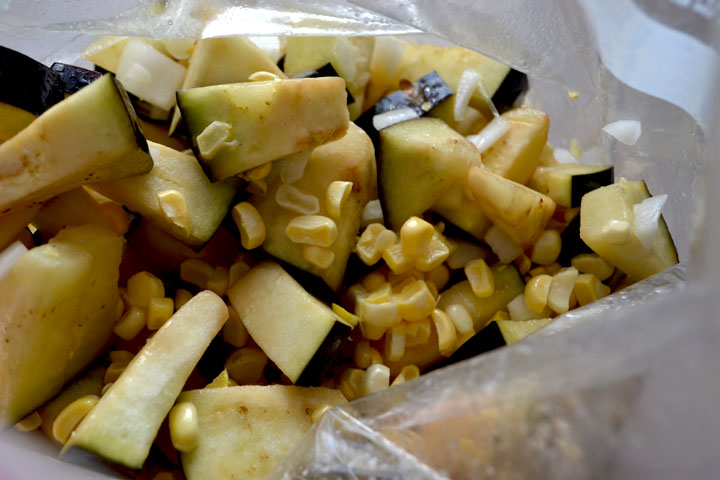 Line a large rimmed baking sheet with aluminum foil and add vegetables, spreading them out in an even layer.  Sprinkle with salt and pepper. 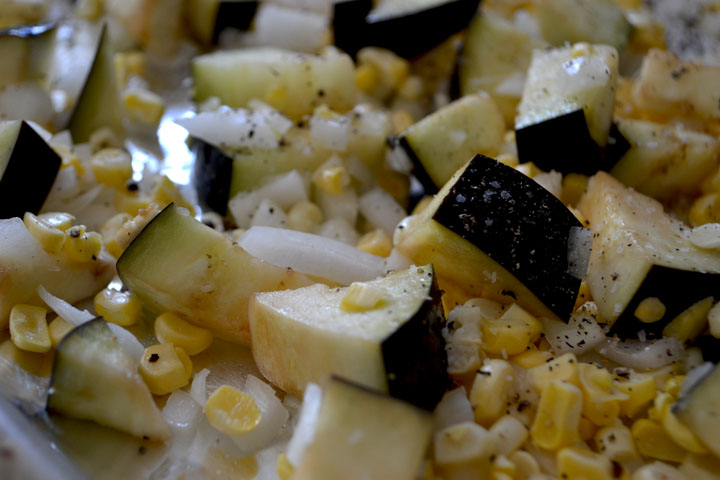 Roast vegetables for about 35 minutes until they begin to turn golden in color. 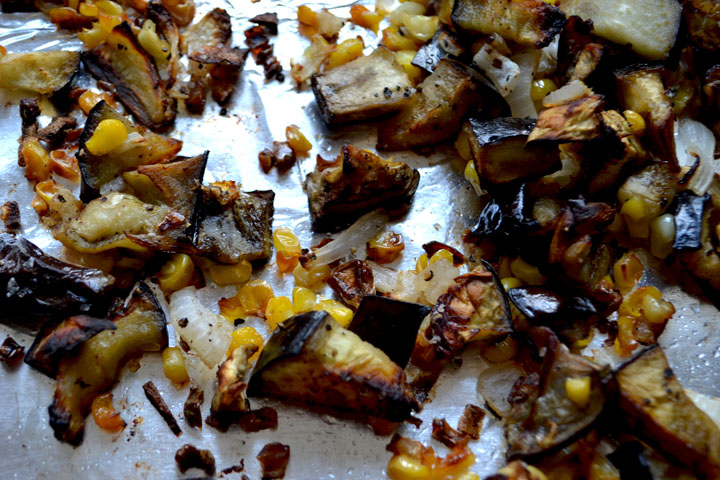 Remove from oven, transfer to a serving bowl and top with feta, pecans and parsley {or mint}. 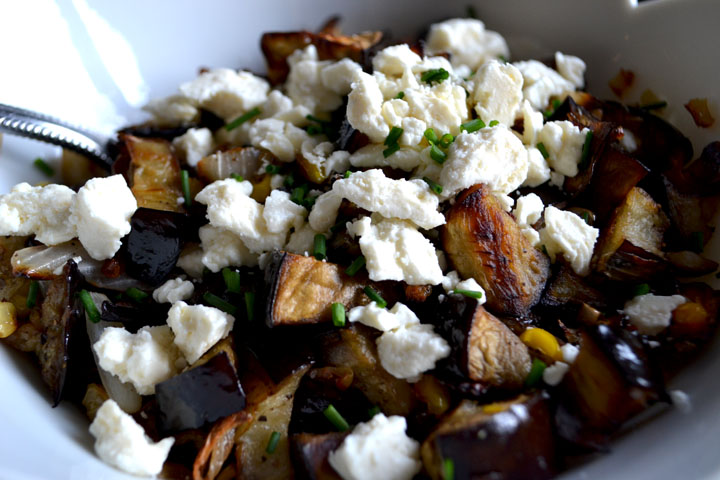 One thought on “Roasted Corn & Eggplant with Feta & Pecans”