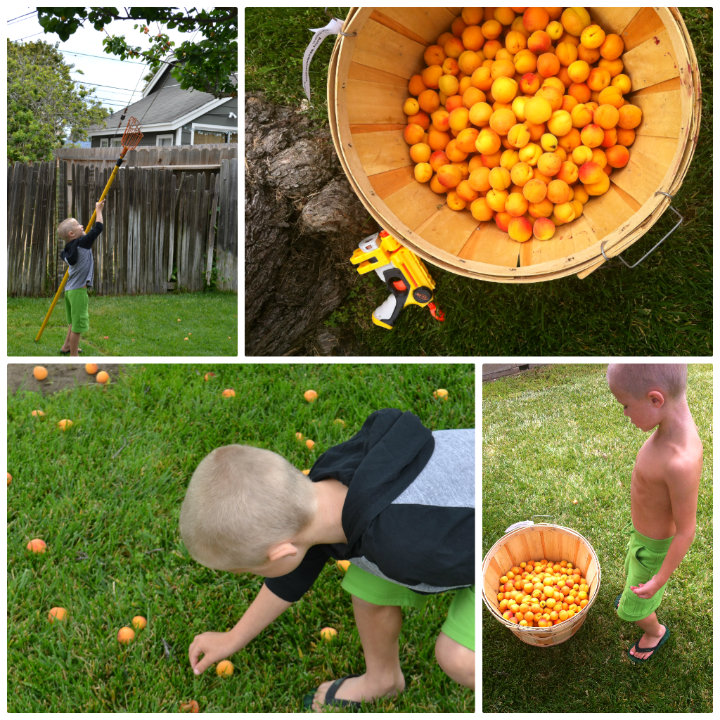 We recently got a new neighbor next door.  A really nice neighbor who doesn't seem to have a whole lot of interest in the enormous apricot tree growing in his back yard.  Let's be honest, nothing could make me happier this time of year and lucky for him, his next door neighbor has a HUGE interest in his bountiful tree!   It's a win-win for everybody and it gave Peanut and I a really fun activity yesterday.  While Peanut wouldn't touch any of the fruit already on the ground, for fear of a bug or getting his hands slimy, he had a blast with the picker-stick {that's what they're called, right?}.  Truth be told, I was fearful for my life as he swung that thing around, but since we had the big 9-1-1 talk last week, I was confident he'd know what to do if, by chance, he knocked his mama out cold during our fruit-picking expedition.

Apricots are such a delicious little delicacy and they only bloom for about one month out of the year.  Apricots are sweet, slightly tart and have a firmer texture than their cousins, peaches and nectarines.  I've been waiting an entire year to try my grandmother's apricot pecan bread recipe that I stumbled upon just as the last apricots were disappearing from the farmer's market stands last summer.  While she used dried apricots <not too many apricot trees growing in South Texas> I just knew fresh apricots would be so delicious in her recipe.  My grandmother is such a fabulous baker and this moist and delicious bread just proved it to me once again!  While this bread is similar to banana bread, the apricots give it such an added sweet and tart component that I found myself trying to maneuver the bread around as I ate it to be sure each bite would have a little piece of apricot {and if I was really lucky, a pecan} in it!

Preheat oven to Convection Bake setting at 350 degrees [Bake at 350 if your oven does not have that feature]. 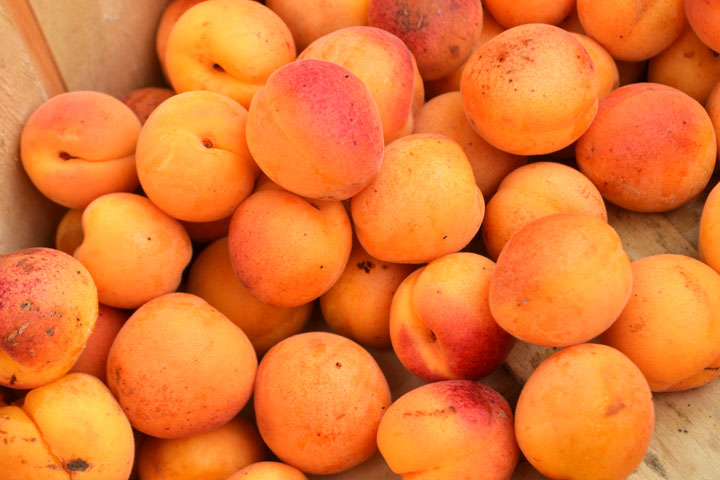 Remove apricot skins by placing them in boiling water for 30 seconds to 1 minute, then transfer to cold water.  Gently remove skins, halve and remove seed.  Coarsely chop apricots and set aside until ready to use.

Combine flours, baking powder, baking soda and salt in a bowl; set aside. 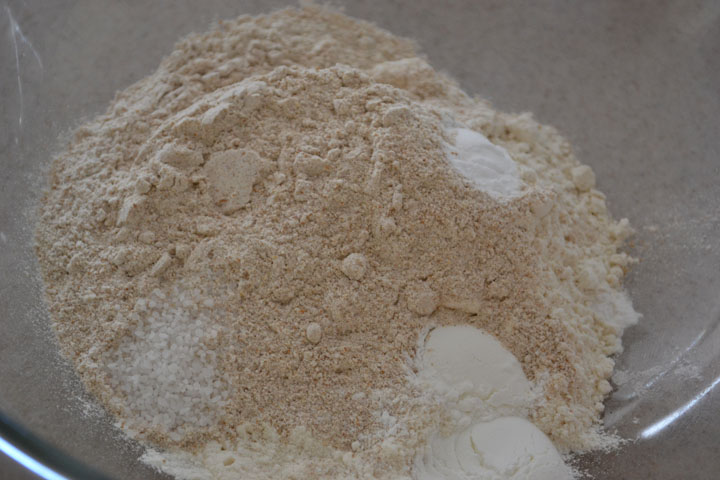 Cream butter and gradually add sugar, beating with a mixer until light and fluffy.  Add eggs, one at a time, beating until incorporated after each addition.  Mix banana and milk together in a small bowl and add to creamed mixture alternating with dry ingredients.  Fold in apricots and pecans. 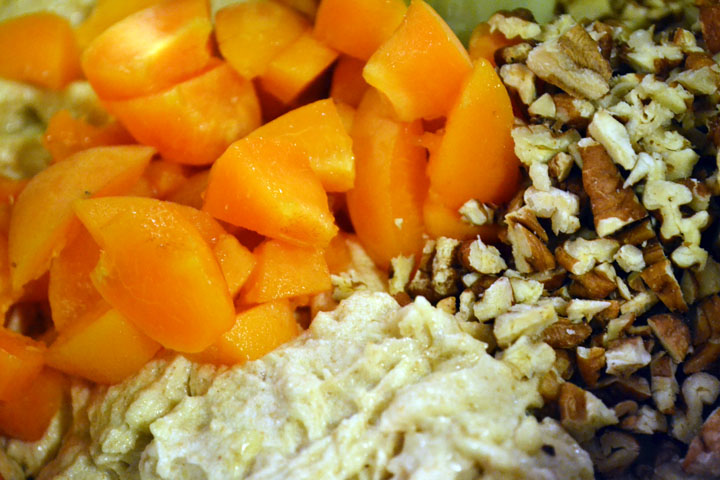 Pour batter into a greased and floured 8 1/2 x 4 1/4 x 3-inch loaf pan and bake for about one hour [until a wooden toothpick inserted in the center comes out clean].  Allow bread to cool in pan for about 10 minutes, then remove from pan and allow to cool completely on a wire rack.   Slice and share. 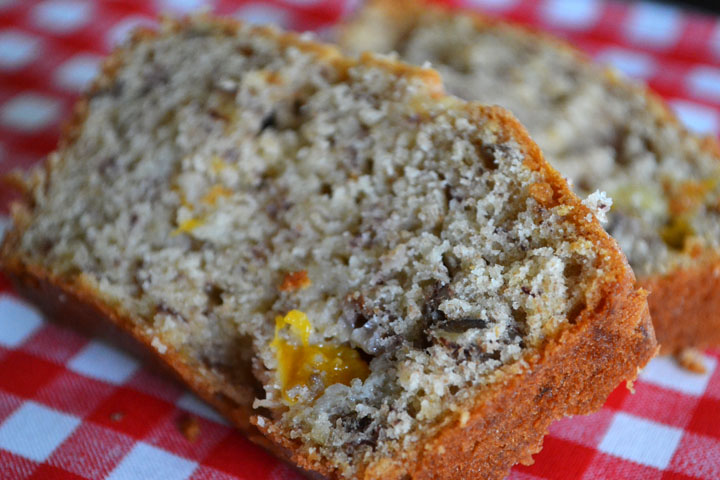