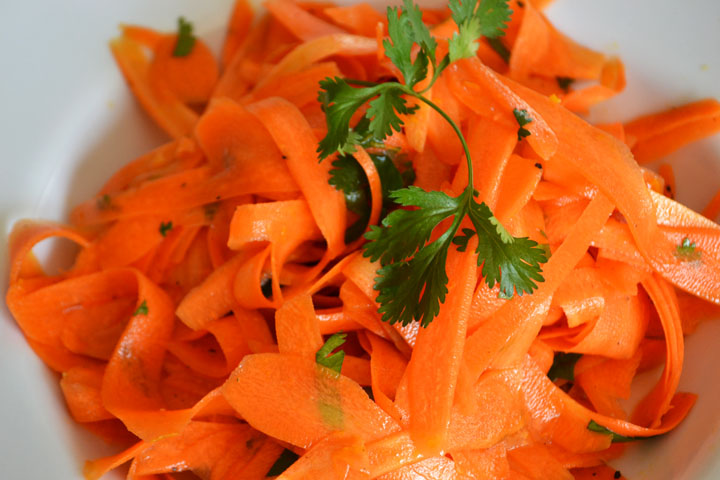 We used to eat the hay out of some chicken wings.  At least once a week, we'd make teriyaki marinated wings... they were so easy, not to mention insanely delicious with the sweetness, saltiness and char on the skin.  Mmmmmmm Mmmmmmmm Mmmmmmmm.  Then I started food blogging and trying to dream up new {special} recipes. Simple things like marinating a package of chicken wings in some store bought sauce was not going to cut it for material!

Poor hubby asks for wings probably every other week and I always shoot him down.  Lucky for him, the other night the only meat I actually had in the freezer were wings and since I'd been staring at a succulent bottle of teriyaki sauce from Kikkoman's new Takumi Collection for the last few weeks, I decided to just do them.   Of course I needed to dress them up a little bit though, and that's where the pretty carrot ribbon salad came in.

The citrus and cilantro vinaigrette on the carrots really complimented the Asian flavors in the wings and the light and crunchiness of the carrot salad worked well with the juicy chicken.  I don't know if its just been so long since I've had them that I forgot how good they were or what, but the wings were insanely delicious.  The flavors in the teriyaki sauce were over the top. The whole sesame seeds and chunks of ginger and garlic in a thick caramel-like sauce that stuck to the wings really made them stand out.

This recipe will surely be a keeper {especially when I'm in a hurry} and its great for folks where one person wants something a little more healthy and light for dinner but other half is looking for something more substantial.  Its the perfect compromise! 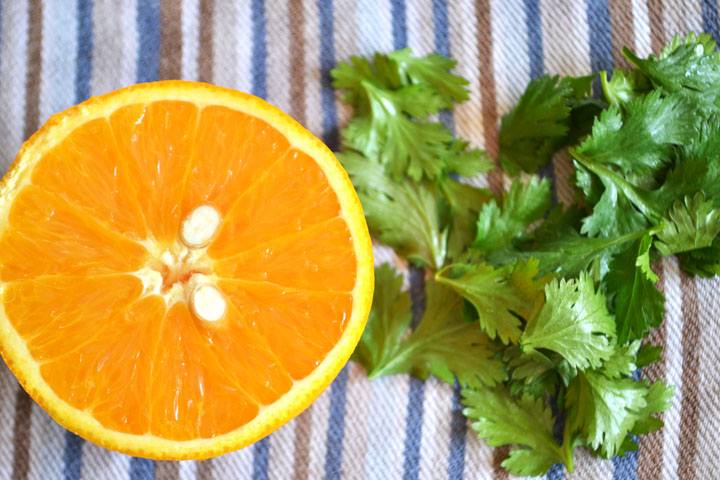 For the wings: In a large ziplocking bag, add chicken wings and 1 cup of teriyaki sauce.  Allow wings to marinate for at least 4 hours {and up to 8}. 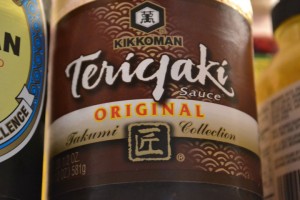 Heat grill to medium high heat and cook wings for about 8-10 minutes per side, rotating often for even cooking.  Keep the lid to your grill open so you can watch the wings closely.  They have a tendency to catch on fire if you're not being careful.  A little bit of char is good, but you don't want the whole thing burned up!

In a small bowl, whisk together vinaigrette ingredients and set aside.

Using a vegetable peeler, peel the outer skin of the carrots and discard. 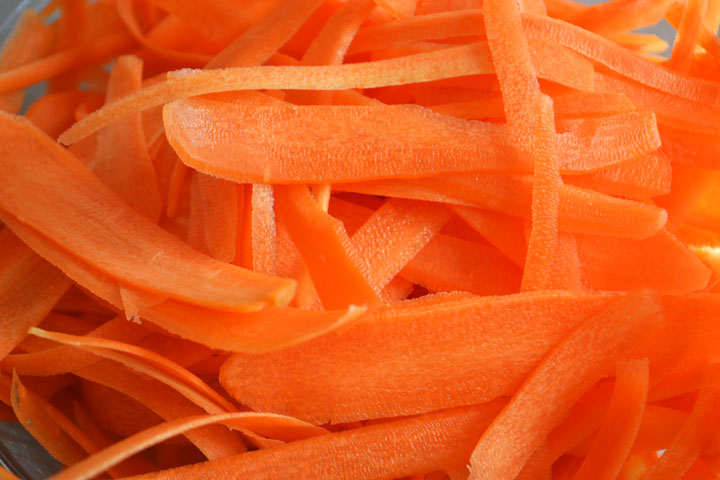 Drizzle vinaigrette over carrot ribbons and allow to sit for 15-20 minutes in the refrigerator.

To serve, pile the carrot salad onto a plate and top with desired amount of chicken wings.  Enjoy! 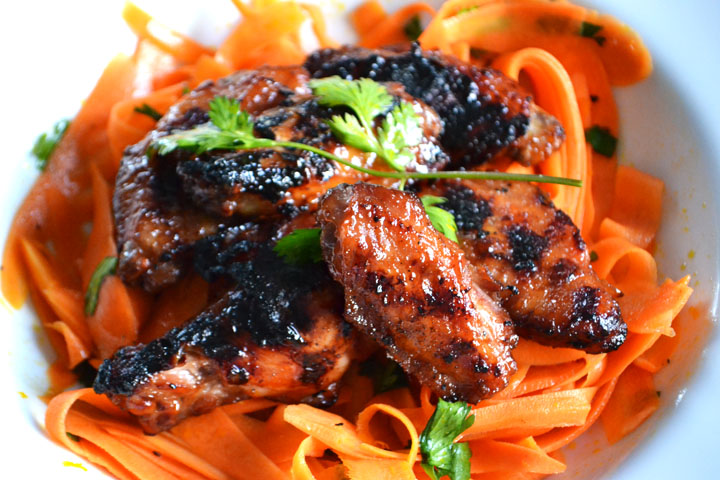